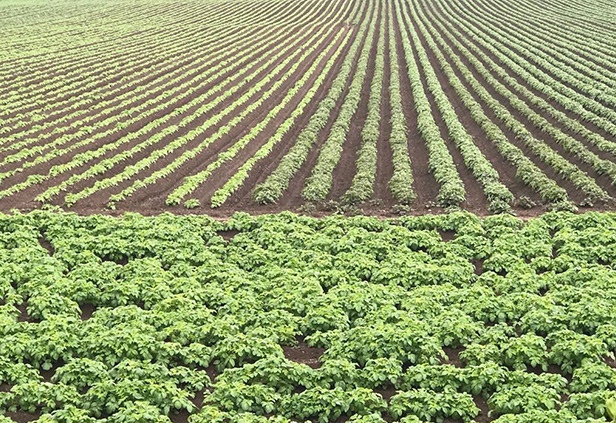 In today’s environmentally unstable climate, it is the duty of all businesses to ensure that their production methods cause the least amount of impact possible to our natural world.

From the outset, the ethos of Particularly Good Ltd has been to provide quality, in terms of both product and service, whilst trying to cause the least amount of damage to the planet.

To this end, we have addressed the issues of carbon footprint, packaging, recycling and effluent, but the subject of our fragile ecosystem has been a factor in every aspect of our planning.

Our potatoes are grown in Northumberland, with our factory situated approximately 200metres from one of our potato fields – they can be graded and onto the factory line within an hour. From there, we process, pack and deliver to local establishments, two days a week.

Our field to fork journey can be as little as half a mile. As a contrast to this we know of some Sagitta which left Northumberland and was shipped to Majorca to be grown, only to come back to Newcastle as chips.

The Agricultural and Horticultural Development Board figures show that in 2017/18, a staggering 829,438 tonnes of processed potato products and 105,624 tonnes of fresh potato products were imported into the UK from other countries.

The biggest buyers of Scottish seed potatoes include Egypt and Israel. A range of varieties are shipped overseas to be grown abroad, where they can then be exported from these foreign markets back to this country for consumption. Generally, due to the high health status of Scottish seed, the small seeds are retained by them for second cropping to their local outlets, but the majority is grown for export. 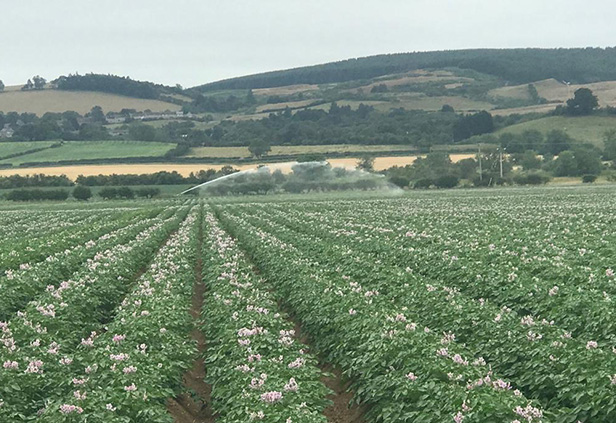 In the washing, peeling and preparing of fresh chips/potatoes, a significant volume of effluent (waste) is produced. This can include potato peelings, blemishes, used water and the natural bi-product of potatoes – starch. Recently, water companies have expressed their concern at how much of this waste is entering our drains/watercourses and are considering methods of reducing this discharge in order to:

1. Protect the environment
2. Prevent damage to sewers, pumping stations and wastewater treatment processes
3. Protect the health and safety of the public and staff

At Particularly Good Ltd, it is our wish to reduce the volume of effluent discharged.

How do we do this?

Starch – We have a starch extractor in the factory. Washing the peeled potatoes results in starch being deposited in the water. Once the line has finished work for the day, this water is put through a hydro-cyclone which separates the starch from the water. This is then collected in bags, where it solidifies and can either be spread on our fields as fertiliser or fed to cattle as a supplement.

Used water – The water which has been separated from the starch is temporarily stored in a holding tank, which allows any last dregs of starch to sink to the bottom. This water is then removed and used for fertigration on our fields. By the time it makes it way back to the watercourse, it has been further filtered through soil and gravel and diluted by rainfall.

Potato peelings/blemishes – these are collected after every chipping production, stored in large pallets and delivered to our neighbour’s farm, Doddington Farm, local producers of ice cream and cheese, where they are used for stock feed.

At Particularly Good, we believe in recycling everything – If a substance/material can be used more than once, then we will find a way of doing this. Two examples of our recycling routines include:

In order to provide the optimum shelf life of our product to our customers, we vacuum pack our fresh potatoes in plastic pouches. To ensure that this material does not become part of the global issue on discarded plastic, we offer a collection service, whereby we will pick up empty bags and recycle them on our customers’ behalf. The labels we use are also completely recyclable.

The water we use to wash our potatoes is supplied by a borehole on site. The used water, after being cleansed by the hydro cyclone, is temporarily held in a holding tank to allow all sediment to sink to the bottom, before being spread on our fields. From there, it is filtered through the soil and will eventually re-enter the watercourse as effectively pure water, which then feeds the borehole. A perfect cycle.

As our business grows and takes on new production procedures, we are determined to follow the most environmentally aware route. Be assured that we do this with utter commitment on our part.

Did you know that per calorie, potatoes produce the lowest greenhouse gas emissions (CO2e) of any food?

As our potatoes are grown, chopped and delivered locally this keeps our carbon footprint to a minimum.

We plant a cover crop in our fields to capture carbon, nitrogen and condition the soil – which also pleases the bees as they love our sunflowers.

We don’t plough our fields, which allows the soil structure to stay in place, absorbing more water and reducing run-off and keeps the carbon in the ground.

Finally we plant trees and hedgerows to offset any carbon we do produce. 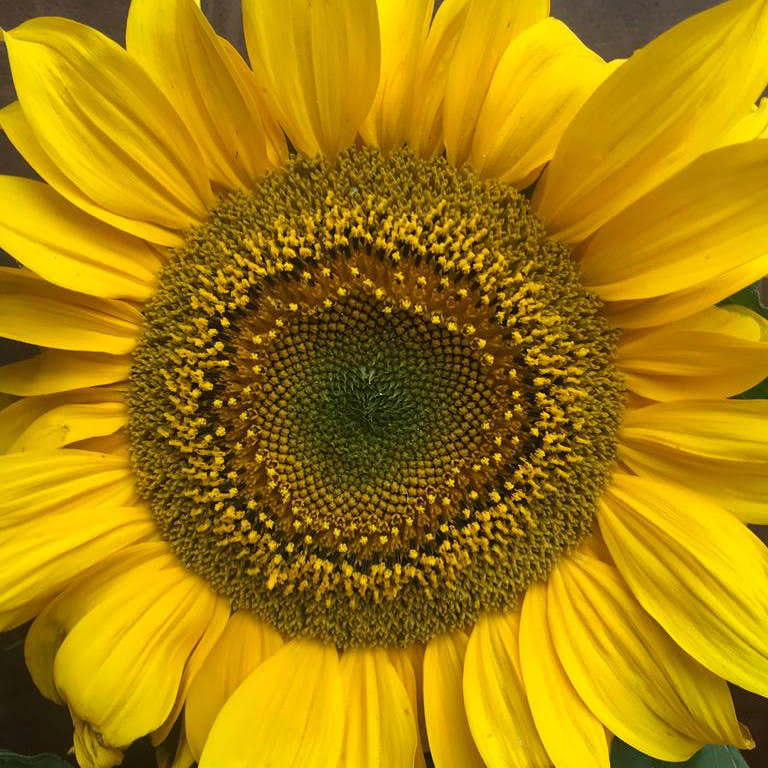 Receive news and exclusive special offers direct to your inbox.

You can find out more about which cookies we are using or switch them off in settings.

This website uses cookies so that we can provide you with the best user experience possible. Cookie information is stored in your browser and performs functions such as recognising you when you return to our website and helping our team to understand which sections of the website you find most interesting and useful.

Strictly Necessary Cookie should be enabled at all times so that we can save your preferences for cookie settings.

If you disable this cookie, we will not be able to save your preferences. This means that every time you visit this website you will need to enable or disable cookies again.

This website uses Google Analytics to collect anonymous information such as the number of visitors to the site, and the most popular pages.

Please enable Strictly Necessary Cookies first so that we can save your preferences!